“Kate, I mean, that was a big reason why I also took this film. I think she’s an actress with, number one, a lot of integrity. I think she’s extremely talented.” -Leo

“It sounds really naff to say this, but we really are like brother and sister. And we’ve shared so much, I mean on a personal level. He’s got lots of my secrets and I’ve got heaps of his. And I’d never tell a soul.” - Kate 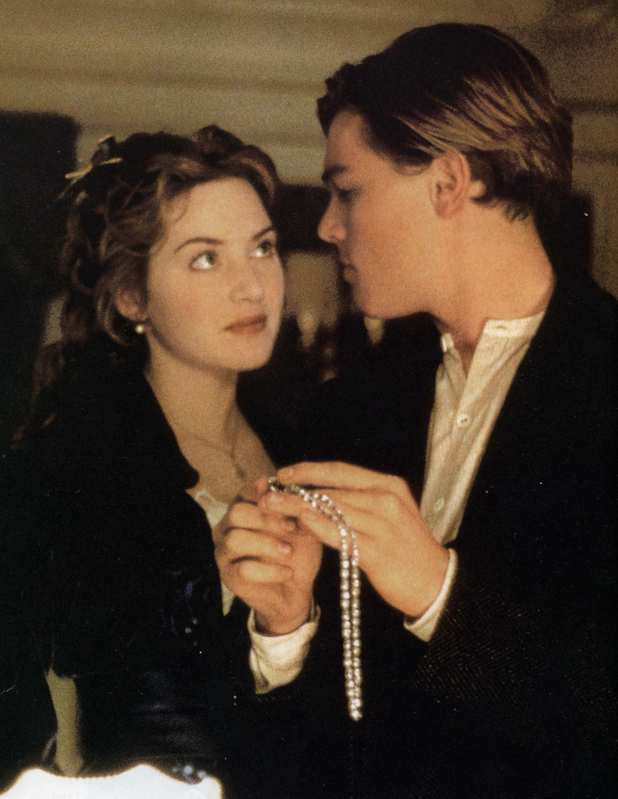 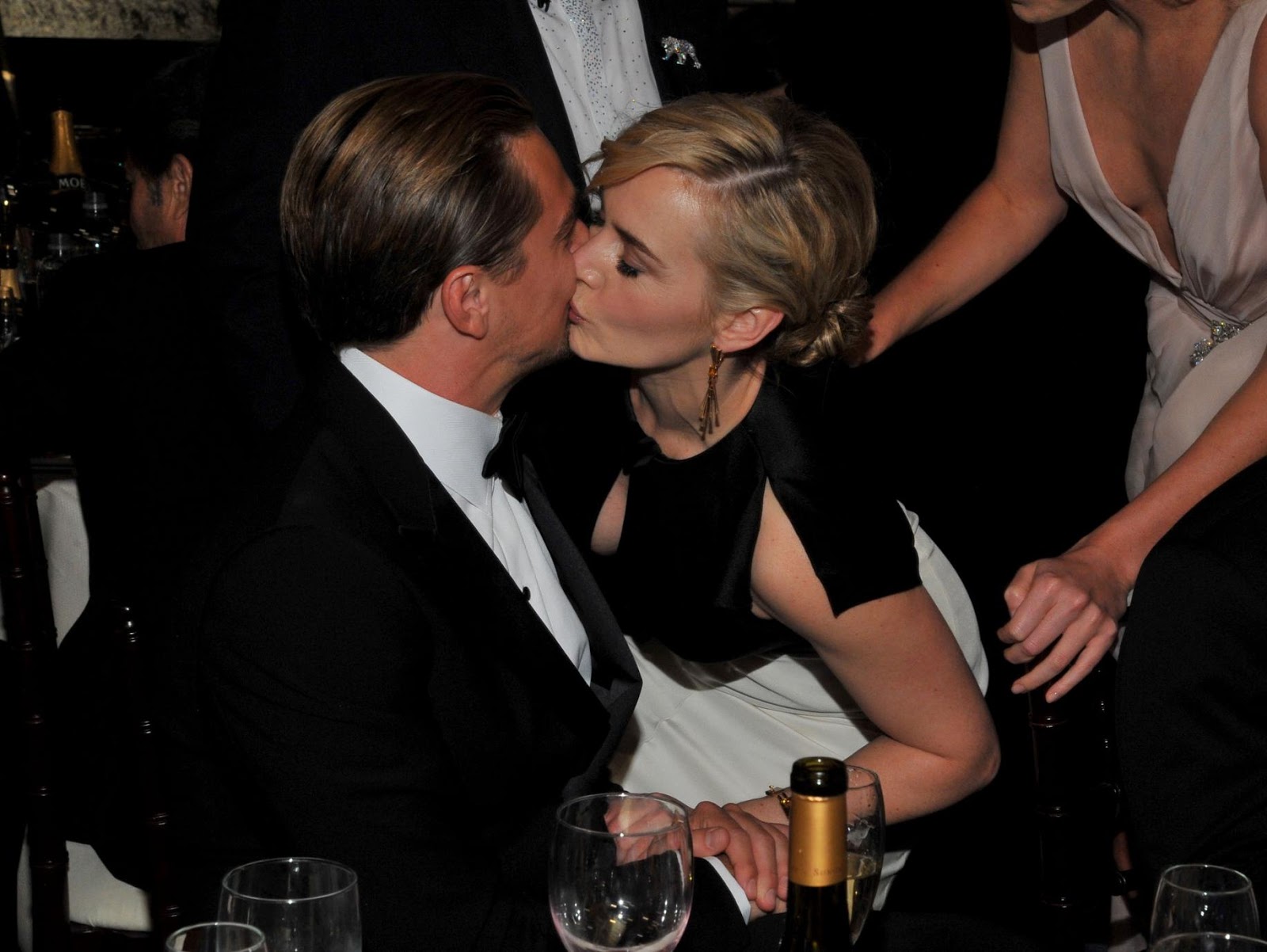 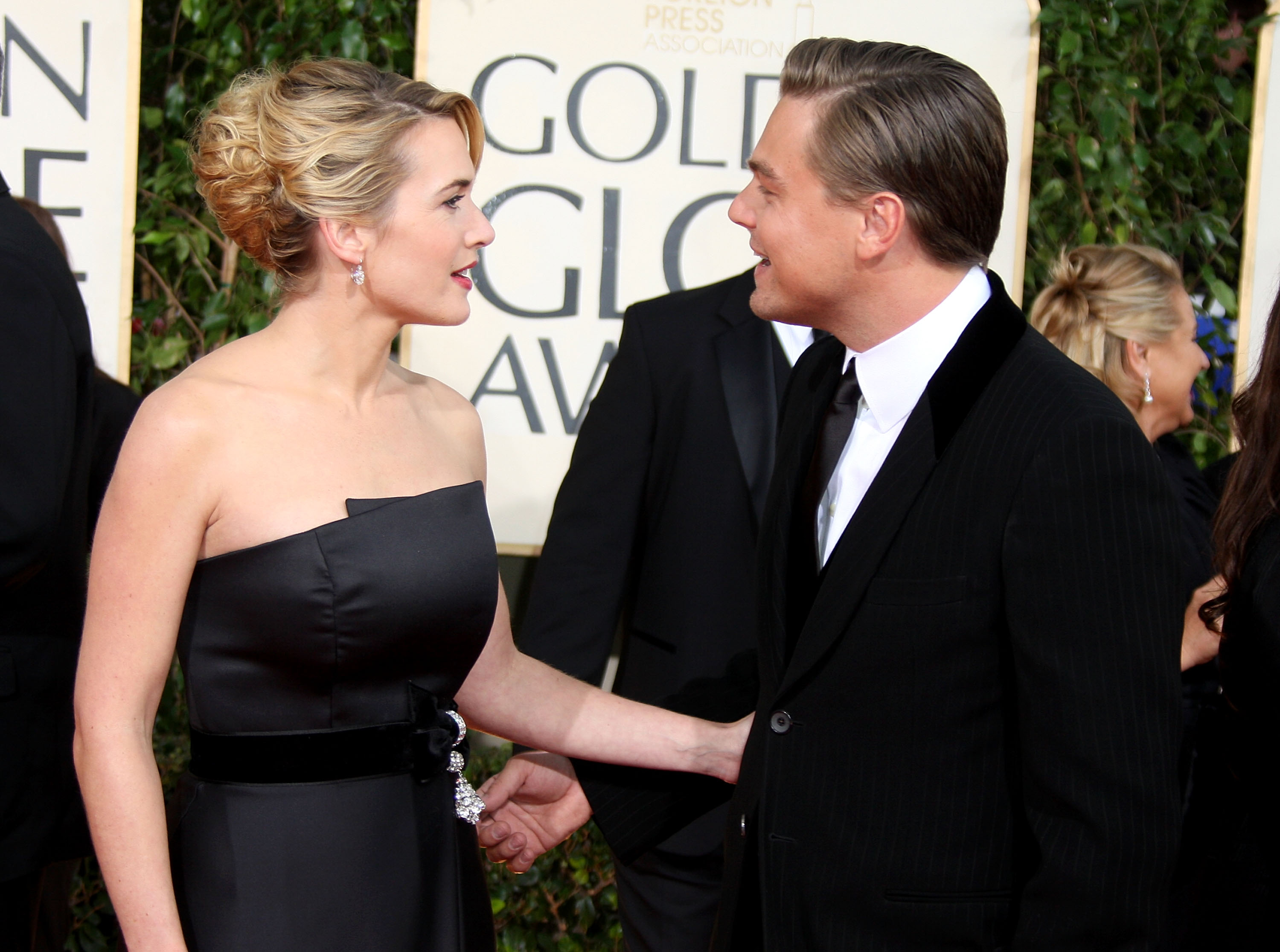 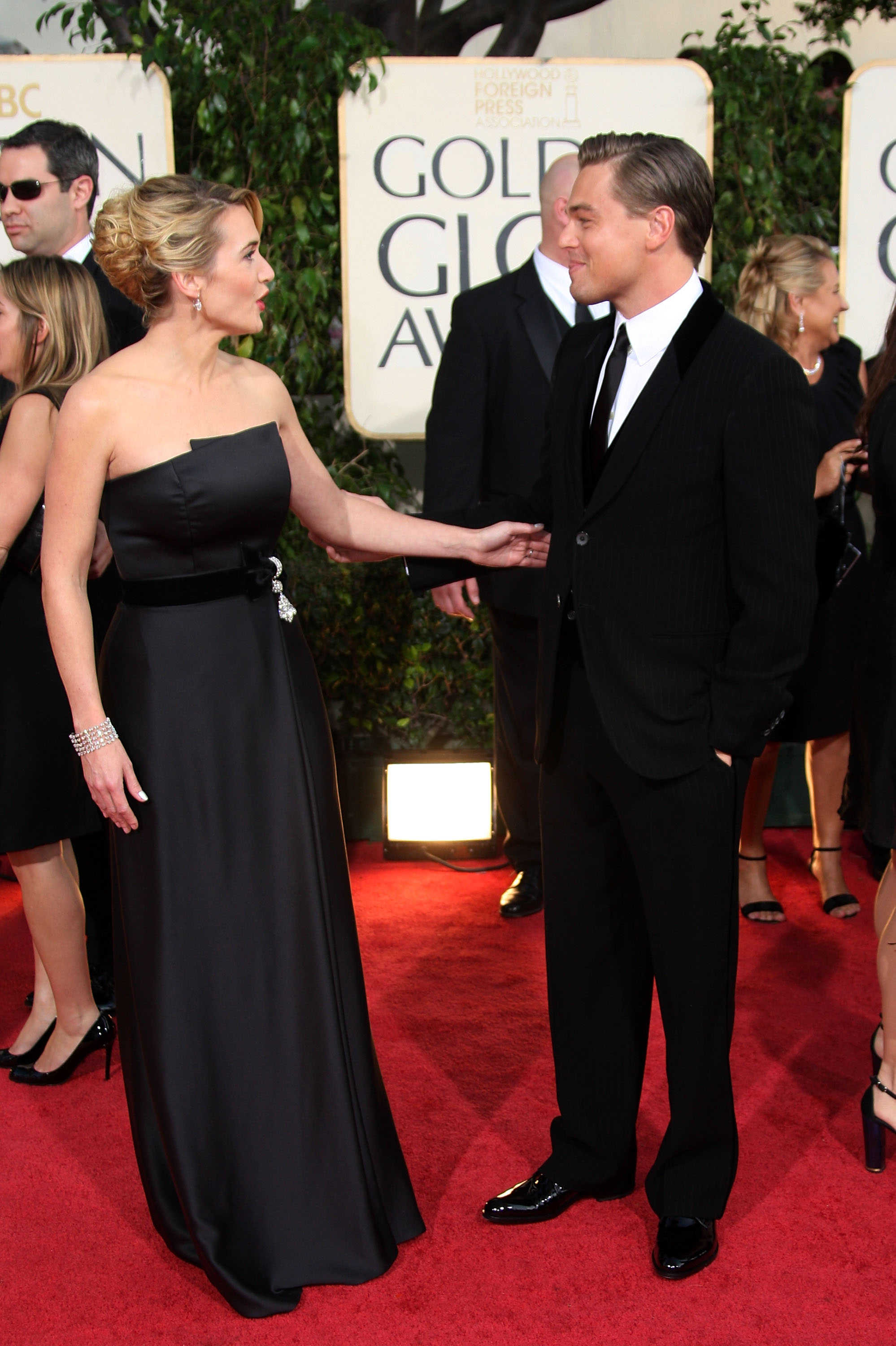 “He’s just Leo, and always will be,” she says simply. “We actually lost touch with each other at one point for about four or five years. There was no reason for it - we just lost each other’s phone numbers and time went by as it does. And then something wonderful happened on my birthday - out of the blue, I received a beautiful arrangement of flowers with a note inside saying,
‘I just remembered it was your birthday and wanted to say I miss you.’ It was from Leo, and of course I called him, and we’ve been in touch regularly ever since. We don’t always get to see each other as much as we’d like to because we both travel a lot, but we’re always talking on the phone. He’s a very special person in my life. I love him.” Speaking of your private life, do you ever look at Kate and just think, ”Damn, she’s the one who got away.” [They look at each other and burst out laughing.]
WINSLET: Say it!
DICAPRIO: [With a weary groan] We’ve always been completely platonic. …Winslet now wears her wedding rings from Mendes as well as a mysteriously inscribed piece of gold gifted to her by DiCaprio shortly after the film was made. “Yes, [Leo’s ring] is engraved on the inside,” she maintains, “but I’m not going to tell you what it says,” she adds cheekily… 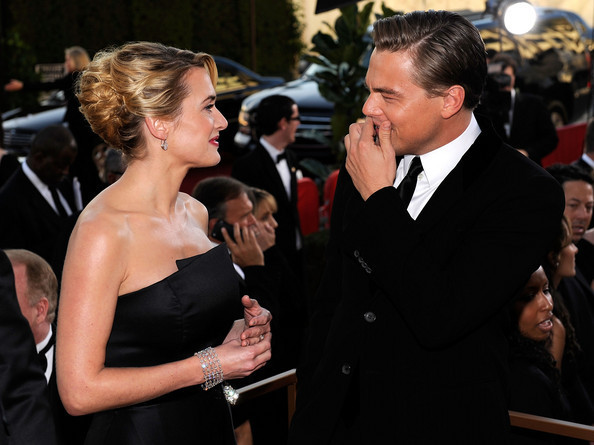 Leo and I just hung on to each other for dear life. We had cigarettes hidden in the pockets of our costumes and the two of us literally were having conversations like ‘What would happen if we died?’ and I’d say things like ‘Leo, I love you, I really do love you so much. You are a very important person to me and I’d have your babies. I would, I’d have your babies, really, it’s fine. “Leo and I do have sort of an almost telepathic connection, because we’ve known each other for such a long time and have remained friends consistently over all of these years, I know how Leo thinks, I know how he works, as he does with me.”-Kate Titanic producer Jon Landau showed DiCaprio footage late last year and, by all accounts, the actor was knocked out, all over again, by his leading lady. ‘He watched the scene where Kate arrives at the dock and steps out the car and he said to me: “She’s so beautiful.”

(during her acceptance speech at the 2009 Golden Globes) “And Leo, I’m so happy I can stand here and tell you how much I love you [Leo blows her kisses from the audience], and how much I’ve loved you for thirteen years. And your perfomance in this film is nothing short of spectacular, and just… [the audience starts clapping] I love you with all my heart, I really do.” 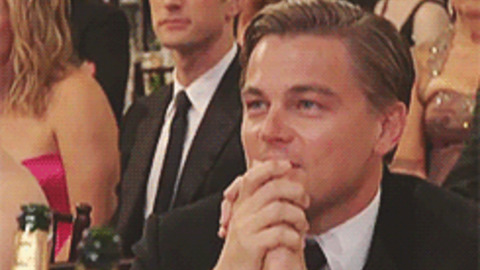 Just as she seems to have said her piece on DiCaprio, she suddenly reminisces, “He’d walk onto the set in the morning, after, like, a half hour’s sleep or something, and that face—it took your breath away. I just looked at him, having been through hair and makeup for hours, and wailed, ‘You fucker!’ He just practically rolled out of bed and looked that gorgeous. He can’t take compliments, absolutely hates them, and he goes, ‘Shut up!’ and gets me in a headlock and wrestles me to the ground. I love him dearly. I bullied him into doing the movie, because it takes a long time for him to make decisions. He likes to be advised by all his close friends and family, which was terribly frustrating for me because, with me, it’s always gut feeling. We became such good friends, so close, absolutely like brother and sister. We’ve talked about everything. We’ve laid our souls out on a slab to each other, in one way or another.” Well me and Leo (DiCaprio) are very good friends.
He adores my children but the problem is he spoils them rotten.
I mean Mia is 4 years old and she’s a megalomaniac.
She says she wants to be an actress,singer and god knows what else.
And if you ask her why she thinks she can do all that she’s gonna tell you “Uncle Leo says I can” and that’s it for her.
Can you imagine taking a 3 year old kid to FAO Schwartz and tell her “Take everything you want and uncle Leo is gonna buy you that?”
Well Leo did exactly this last Christmas, Mia was overjoyed.
She thought Leo was Santa Claus.
You know I try to teach her material things are not important and there comes uncle Leo with the newest model of a doll’s house (she laughs)

No one makes me laugh like Leo. No one. And the same back. There were a couple of crew members on the film who have worked with Leo on various Scorsese projects, and they would sidle up to me and say, “You know, you really bring out another side of him that we haven’t seen before.”